Women reading the words above may shake their heads, wondering how a “devoted” man would struggle with such a thing. I’m here to tell you, as a man who has faced his fair share of such challenges, that it’s possible, and that devotion and temptation are not mutually exclusive things.

There are so many good men out there who truly wish to go deeper with the women they have committed to, but find their efforts consistently thwarted by the incredible power of desire.

Let me be clear right now by saying that I don’t define cheating as just the physical act of sex with someone other than the partner a man has committed to. I define it as any thought, feeling, or behavior that is contradictory to a man’s devotion to his partner.

I know, I know. Women readers are cheering that last statement, while men readers are face palming themselves, wondering how a guy would actually say such a thing.

What’s wrong with looking at the menu, but not eating, right?  Well, there’s nothing wrong with it, per say, but it’s something that will forever keep good men away from the experience they most desire…

Real love and intimacy in a relationship with the women they are truly in love with.  Very few men experience their sexuality flowing through their hearts, and this is precisely why even some of the most loving men cheat on their women. The overwhelming power of their sexual desire causes them to lust after this woman or that woman, and no matter how hard they try to control this powerful beast, they fail.

Until a man’s sexuality is brought into union with his heart, he will prefer the excitement of “hot” women and “juicy” connections over the woman he loves, when it comes to fulfilling his sexual desire.

I’ve experienced this firsthand. Though I’ve never slept with a woman other than the one I’ve been committed to, I have still hungrily, yet secretly, checked out other women all the time. I have also engaged in innocent “connections” with other women, getting high on the “love” between us, and denying any wrongdoing if it was ever brought up.

These women were just my “friends,” after all.

All the while, I was fooling myself, not understanding that this “harmless” behavior was keeping me separate from the woman I truly loved, and from the intimacy I desired most. Only when I started to view my relationship with my partner, and my impeccable devotion to her, as a crucible through which I could come into deeper harmony with myself, did I really start to understand what it means to love.

Choosing one woman, fully, day in and day out, is no joke.

I don’t care how much a man loves his woman, if he’s still lusting after other women in any way, he’s got work to do. By committing to loving his woman with his whole being, a man is given a road map to move into deeper and deeper union with himself.

Men, after reading these words, may wonder how to rid themselves of this contradictory behavior so that they may enjoy better relationships and better lives. 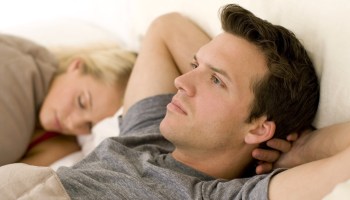 It’s through our women, my friends.  When we notice, and take responsibility for, this tendency, we then have a choice. The next time we’re tempted to betray our higher motives, we can choose to lean a bit further into them, instead. Yes, it will be difficult, but since when has devotion to anything been easy? With every devotional choice we make, we will move closer to our women, to ourselves, and to the lives we really want.

Women, after reading these words, might feel like they’ve been given more than they asked for. I understand. But, I want the women to know there’s something they can do to support their men in more fully living their devotion to them, their relationship, and themselves.

Rather than judging him, punishing him, berating him, or guilting him for being drawn to other women, create a safe space for him to share when he’s feeling drawn, and to explore why it’s happening. A man can’t make it through this incredible challenge without his woman’s support, and a woman who is constantly scolding her man for being drawn to other women is shooting herself in the foot.

I know it’s not going to be easy for the women, and it’s not pleasant to read any of this, but now that it’s out in the open, women can choose to celebrate their men for their admirable commitments and progress in the face of enormous challenge, rather than holding them up to an unreal standard.

I know that, for me, this has been something I’ve grappled with since I entered my first relationship at the age of 15, and all the while, I’ve longed for a woman who understands that while I love her, this is a very real challenge for me.

Too often, good men are either left out in the cold by their women, or resort to shamefully or secretly hiding their struggle from their women. This need not be the case anymore.

All we need do is look the beast square in the eye, together, and we can make our way into something new, together. A place where we can all finally enjoy the intimacy we most long for, made possible through our wholehearted devotion to the ones we love most.